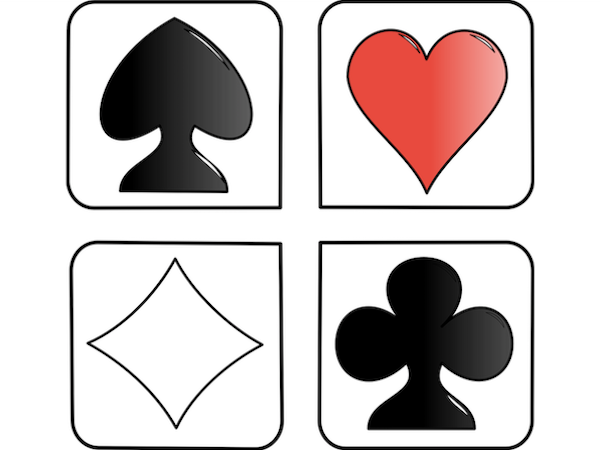 Two years ago, Angela and I moved here from Coronado (Christ Episcopal Church), where I ran a Bridge group, and we joined St. Mary’s.  One Sunday, at Coffee Hour, I asked around if anyone plays Bridge.  Sara Myers overheard this and came over, saying “I do”, and we became instant bridge friends.  I knew no one here, but Sara sure did, and soon I had a list of a dozen interested people.  I started looking for a location to hold Bridge games, and Father Jeff thought he had the answer.  He showed me several rooms in Clay Hall, we picked one, and we were on our way.

We played every Monday from 1 to 4 PM, and everyone had a great time. We usually had 2 or 3 tables, but also four on occasion (16 people).  Competitive Bridge is serious business, no small talk allowed, and strict rules.  At St. Mary’s Bridge Group, fun is No. 1, it seems we spend as much time bantering, teasing, and joking as we do playing Bridge.  Most of the members are not parishioners.  When we are at the same table, Sara and I often talk about goings-on at St. Mary’s, and over time this has had an impact on some people, who have asked me questions about St. Mary’s, and it sounded like they might want to make contact.  I have mentioned Jackie’s Celtic Concerts on occasion, and several Bridge members have attended.  Another way to connect.

Then the virus hit.  We have not met since March, but we have found a work-around: surprise, it’s the Internet.  There is an excellent program called Bridge Base that gives people the ability to play online, either in solitaire, with friends, or with strangers.  There is both casual play (that’s us) and tournaments where Bridge Master Points are earned.  When we play, one of us sets up a table on Bridge Base and another sets up a conference call so that we can talk to each other.  We have several regular weekly games, plus impromptu “pick-up” plays whenever some of us get bored from being at home too much.

If that sounds enticing to some, please make contact at jablondeau@msn.com

Thoughts from a Jail Chaplain