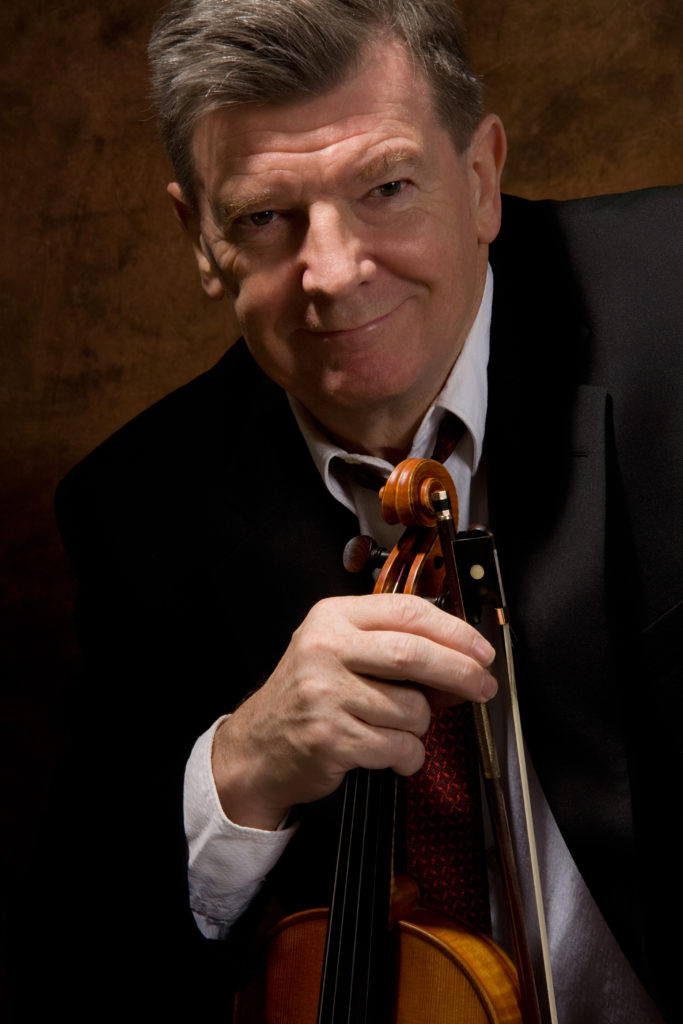 Kevin’s fiddle playing has been at the forefront of traditional music since the 1970s. His far-reaching solo album, “If the Cap Fits” and his work with such distinguished performers as Arlo Guthrie, Kate Bush, Christy Moore and the Bothy Band established him as a first class musician. Never one to be restricted by geography or genre, his decades long career has seen several innovative collaborations with notable musicians of differing styles – Classical, Old Time, Bluegrass, Pop and Rock as well as the Irish Traditional music for which he is so well known.  We are honored and proud to be hosting him for the very first time at St. Mary’s!

You may already be familiar with Kevin’s extensive work, but if not, here you go: Some of the eminent players Kevin’s has worked with are: Grammy winner, singer and  Doors instrumentalist Tim O’Brien; Liam O Maonlai, lead singer of the Hothouse Flowers; classical violinists Gilles Apap and Greg Ewer; Old Time favorites, The Foghorn String Band; renowned Irish bands Dervish, Solas and Lunasa and his most recent recording is a collaboration with veteran Rock guitarist John Brennan (Poco, Chris Hillman Band and others).

Kevin has earned international acclaim in both Europe and America as a solo performer, a teacher and as a member of some of folk music’s foremost groups including the exciting Celtic Fiddle Festival and Ireland’s long admired and respected Patrick Street. In 2007 he also set up his own record label, “Loftus Music”, which soon developed a reputation for excellence in both its musical output and its unique eco-friendly packaging.

His contribution to music has received formal acknowledgement on both sides of the Atlantic where he has been the recipient of several awards including Ireland’s “Gradam Ceoil” (Traditional Musician of the Year, 2016), and a National Heritage Fellowship, the USA’s highest honor for excellence in the folk and traditional arts. (Previous National Heritage Fellows include B.B. King, Doc Watson, and Bill Monroe.) Kevin has also been honored by his adopted home state with his induction to the Oregon Music Hall of Fame .

In 1980 Kevin settled in the USA and was performing with Bothy Band colleague Micheal O Domhnaill. Their 2 albums, “Promenade” and “Portland”, became, and still are, very influential resources for many traditional musicians.

Although Kevin has spent much of his life playing in a group context, he has never lost his love for solo fiddle music – the “naked fiddle” as he himself sometimes puts it.  This is very evident in his new live solo release, “An Evening with Kevin Burke”, a collection of performances and stories before audiences in Ireland and US, including his home town of Portland, Oregon.

The New York Times describes Kevin as “a superior instrumentalist in any idiom……impressively virtuosic”, The Washington Post writes of his “lyrical style that is always emotionally electric”, and the Irish Times says that “Burke’s fiddling is one of the high spots of the current Irish musical scene”.

Help wrap someone in blessings