St. Mary’s is delighted to have not one but two outstanding organists performing for us. Nicholas Mourlam holds a Masters of Theology, Sacred Music degree from the University of Notre Dame.  Mr. Mourlam received his undergraduate degree in Organ Performance and Church Music from the University of Kansas. In 2012, he studied abroad at Folkwang Universität der Künste in Essen, Germany.  He has given concerts throughout Europe, and holds the Service Playing Certificate of both the American Guild of Organist and the National Association of Pastoral Musicians. 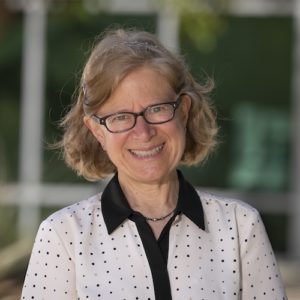 Cathryn Wilkinson began her career as a professor of music in the Chicago area.  She received her Ph.D. in music and M.F.A. in organ performance from The University of Iowa School of Music.  She was formerly Associate Professor and Chair of the Music Department at Aurora University in suburban Chicago, where she oversaw the design and installation of a LeTourneau 2-manual tracker organ.   She performed frequently as an organ soloist and choral accompanist in the Chicago area, including Mahler’s 8th Symphony, “The Symphony of A Thousand,” at Symphony Center in Chicago with the Symphony of Oak Park and River Forest.

In California, Cathryn has been invited to play for the Redwood Empire guild of organists in Santa Rosa, in the weekly recital series at St. Paul’s in Salinas, and at Church in the Forest in Pebble Beach.  She recently performed as piano soloist with the Monterey Peninsula College Orchestra at First Presbyterian Church in Monterey.  She is a member of the American Guild of Organists Committee on the New Organist and has presented workshops and recitals for the Guild’s national conventions and for the Organ Historical Society.