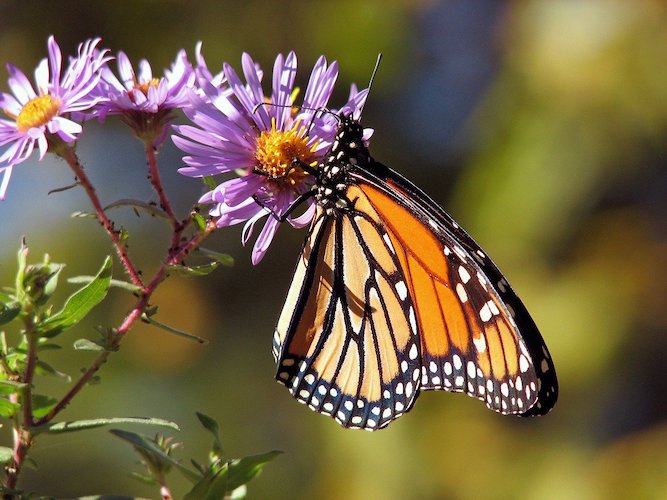 The Gospel
John 9:1-41
As Jesus walked along, he saw a man blind from birth. His disciples asked him, “Rabbi, who sinned, this man or his parents, that he was born blind?” Jesus answered, “Neither this man nor his parents sinned; he was born blind so that God’s works might be revealed in him. We must work the works of him who sent me while it is day; night is coming when no one can work. As long as I am in the world, I am the light of the world.” When he had said this, he spat on the ground and made mud with the saliva and spread the mud on the man’s eyes, saying to him, “Go, wash in the pool of Siloam” (which means Sent). Then he went and washed and came back able to see. The neighbors and those who had seen him before as a beggar began to ask, “Is this not the man who used to sit and beg?” Some were saying, “It is he.” Others were saying, “No, but it is someone like him.” He kept saying, “I am the man.” But they kept asking him, “Then how were your eyes opened?” He answered, “The man called Jesus made mud, spread it on my eyes, and said to me, ‘Go to Siloam and wash.’ Then I went and washed and received my sight.” They said to him, “Where is he?” He said, “I do not know.”
They brought to the Pharisees the man who had formerly been blind. Now it was a sabbath day when Jesus made the mud and opened his eyes. Then the Pharisees also began to ask him how he had received his sight. He said to them, “He put mud on my eyes. Then I washed, and now I see.” Some of the Pharisees said, “This man is not from God, for he does not observe the sabbath.” But others said, “How can a man who is a sinner perform such signs?” And they were divided. So they said again to the blind man, “What do you say about him? It was your eyes he opened.” He said, “He is a prophet.”
The Jews did not believe that he had been blind and had received his sight until they called the parents of the man who had received his sight and asked them, “Is this your son, who you say was born blind? How then does he now see?” His parents answered, “We know that this is our son, and that he was born blind; but we do not know how it is that now he sees, nor do we know who opened his eyes. Ask him; he is of age. He will speak for himself.” His parents said this because they were afraid of the Jews; for the Jews had already agreed that anyone who confessed Jesus to be the Messiah would be put out of the synagogue. Therefore his parents said, “He is of age; ask him.”
So for the second time they called the man who had been blind, and they said to him, “Give glory to God! We know that this man is a sinner.” He answered, “I do not know whether he is a sinner. One thing I do know, that though I was blind, now I see.” They said to him, “What did he do to you? How did he open your eyes?” He answered them, “I have told you already, and you would not listen. Why do you want to hear it again? Do you also want to become his disciples?” Then they reviled him, saying, “You are his disciple, but we are disciples of Moses. We know that God has spoken to Moses, but as for this man, we do not know where he comes from.” The man answered, “Here is an astonishing thing! You do not know where he comes from, and yet he opened my eyes. We know that God does not listen to sinners, but he does listen to one who worships him and obeys his will. Never since the world began has it been heard that anyone opened the eyes of a person born blind. If this man were not from God, he could do nothing.” They answered him, “You were born entirely in sins, and are you trying to teach us?” And they drove him out.
Jesus heard that they had driven him out, and when he found him, he said, “Do you believe in the Son of Man?” He answered, “And who is he, sir? Tell me, so that I may believe in him.” Jesus said to him, “You have seen him, and the one speaking with you is he.” He said, “Lord, I believe.” And he worshiped him. Jesus said, “I came into this world for judgment so that those who do not see may see, and those who do see may become blind.” Some of the Pharisees near him heard this and said to him, “Surely we are not blind, are we?” Jesus said to them, “If you were blind, you would not have sin. But now that you say, ‘We see,’ your sin remains.”

We humans are meaning-makers. We weave stories to explain the happenings in our lives. A lot of times, the stories are not the truth. They are simply the truth as we want it to be – the explanations that are most acceptable to us, that fit into our worldview. And most of the time, in our daily lives, we get by with that. We may not thrive if we are not constantly reweaving our stories to account for what is changing within and around us, but we can get by.

But what happens when our world suddenly shifts?

Do we try to go on as if nothing has changed? Do we think of the present time as a “blip,” something to be endured and that when it’s over we will go back to “normal?” Or do we leap in faith into an unknown future, letting go of our preconceptions of what is normal and seeking new ways to make meaning, new stories to shape our lives?

Today’s Gospel gives us the beginning of a story that we might look to for inspiration.

Jesus and his disciples encounter a beggar on the road, a man born blind. That was his reality. How could he have imagined that anything would ever change? How could he ever imagine a new way of being? He didn’t. Jesus, uninvited, spat on the dirt and made mud and put it on the man’s eyes. The man had no idea what was coming. But he accepted it. Jesus said “go and wash.” The man did, and he could see. For him, the world was changed, in an instant, forever.

He was asked by his neighbors how he came to see, and he said “He put mud on my eyes. Then I washed, and now I see.” Then, the man was asked by the religious authorities how he could now see. He told them the same thing. When they didn’t like his answer, they even went and asked his parents! Then they came back to him to pester him further. And I love his answer. “Here is an astonishing thing! You do not know where he comes from, and yet he opened my eyes.”

For this man, it was so simple. Who cares where he came from? Why is that the point here? The point is that he had not been able to see. Jesus put mud on his eyes and told him to wash. He did. He could see. It didn’t matter to him who anybody else said Jesus was, and he could give no clearer testimony than himself, able to see, no longer the blind beggar on the roadside.

As with so many of the stories in the Bible, I wish this one continued. Or better yet, that it had a spin-off, like the 1980s television hit Cheers begat Frasier in the 90s. The main story is about Jesus, but all of the folks whose lives were changed each have their own spin-off. I’m curious about what happened to this man after this life-changing event.
How did he adjust to his new reality, and how long did it take to feel “normal” again?
What did he notice around him?
Did he focus on beauty, or look out for danger?
How did his relationships change?
Who did he meet, and how were their lives changed?

These are the same questions we can be asking ourselves. Our world has changed – maybe not as dramatically as instantly being able to see, but it feels pretty dramatic. Our habits are changing rapidly, out of necessity. We are experiencing things we never imagined.

Right now, we are at the side of the road and Jesus has put mud on our eyes. We know things are changing, but we don’t know what is going to happen. When we wash, what will we see? Are we reacting in faith, or fear? Are we consumed with holy curiosity, or with the desire to stop the world from spinning?

I have been so encouraged by the response I have seen among the people of St. Mary’s, and beyond. People adapting to new ways of being together. People reaching out to others more frequently. People finding new ways to feed themselves spiritually, emotionally, and physically – and then sharing those with others.

These are the results of holy curiosity. Of not being consumed with trying to figure out why this is happening but simply accepting that it is, and wondering how we might live faithfully in this new reality, whatever it ends up being.

I am more convinced than ever of our ability to be endlessly creative and imaginative because we are made in the image of the Creator. And it is my prayer for us that we joyfully exercise our creativity and imaginations to find new ways of being the Body of Christ in the world.

Easter is coming, friends. Resurrection is not bringing back to life what was, as it was. Nobody recognized the risen Jesus by sight. Looking at a caterpillar, could you imagine the butterfly it will become? Likewise, we cannot know what our church, our community, our world will look like when this crisis has passed. But we can trust that when the mud is washed away, we will see the world in new ways.

Thanks be to God.