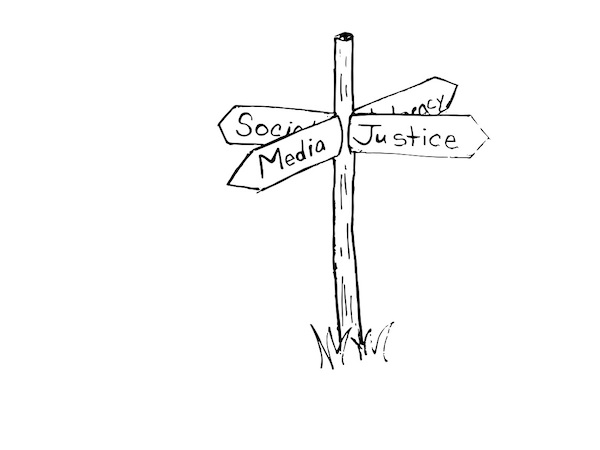 The pandemic has disrupted our world.  This social justice discussion group was one way we adapted.

A number of young adults — roughly college-aged — suddenly found themselves back in our community, with their lives away from home upended.  This included a cadre of recent St. Mary’s Youth Group alumni, among others.  A consistent theme for these “alumni” had been that they had found much meaning in the service they had done at St. Mary’s for other people:  fundraising for local and global projects, extending microloans via kiva.org, making sandwiches for Gathering for Women, serving at I-HELP, and so on.  So, starting in July, a group assembled weekly to discuss social justice issues.

Members would propose actions such as writing letters to elected officials or attending city meetings or local demonstrations.  Other group members would opt to participate or not.

While meeting virtually has its disadvantages, digital natives are at least familiar with the technology and the associated etiquette — such as muting oneself unless intentionally speaking to the group.  Further, remote meetings allowed members to attend even on the few occasions when someone was out of state.  Email, group chat, and a shared document “in the cloud” allowed members to communicate easily between meetings (or during local government meetings!) discussing issues and action ideas and sharing informational resources.

At this point, the weekly meetings have stopped with the onset of the new academic year.  Nevertheless, the group intends to keep in communication and occasionally attend — even if out of town! — local, municipal meetings, learning more about how local government operates and impacting developments back in their home communities.

Circumstances change, but this ministry was an illustration of how we can adapt, forge interpersonal relations, take advantage of technology, learn about the needs of others, and advance justice.  Other such opportunities abound.

Charitable Contributions and our Taxes